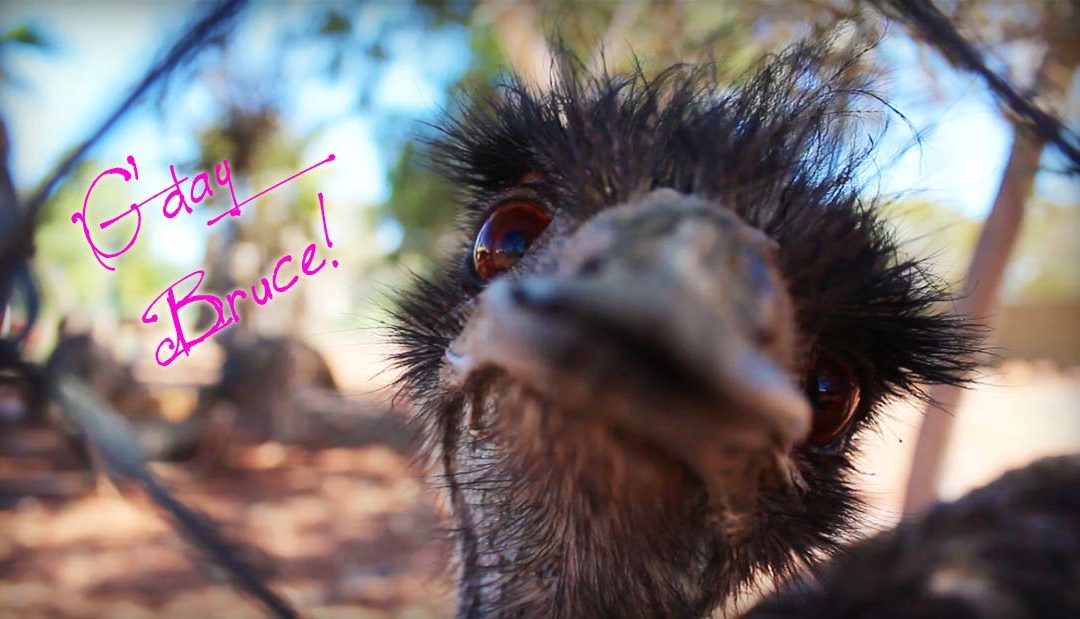 The Canadians have a beaver. Costa Rica has a clay-coloured thrush. The Swiss have a cow and Australia, well, Australia has two bloodthirsty killers.

Many a viral article has focused on Australia’s lethal every day wildlife. In fact we have it on good authority that Buzzfeed is at least 30% funded by jaw dropping facts about the Southern hemisphere’s most eclectically populated continent. And with good reason, Australia’s wildlife is bat shit crazy, and not just limited to their national animals*.

The egg laying, duck billed, otter footed beaver tailed platypus looks so out of this world that when a specimen was brought to the UK in 1798, academia declared it an elaborate hoax by a Chinese taxidermist. A mammal that lays eggs, sweats milk to feed its little platypiglet babies and can feel the electric fields caused by other animals muscular contractions, Platypi also sport a venomous spike on their back leg that can cause serious pain even in Arnie Schwarzenegger.

Very closely related are the second most well known monotreme, the Echidna. Take a hedgehog, stick a tiny anteater’s nose on the front of a stupidly small face, mix thoroughly with a Platypus until the venomous spike, milk sweating glands, electro-sensors and egg laying stick. Oh, and add a backward-facing pouch. Echidnas gain points in the comedy factors as they have four pronged penises, their babies are called puggles and they have to commonly be shooed out of rural garages to avoid being run over.

Darwin, Northern Territory has no sharks. Or so the locals claim. “Crocs ate ‘em all”, apparently. This may sound like the Daily Mail, but there is actual photographic evidence of Brutus the 6m croc on the Adelaide river chomping down on a bull shark. We met Brutus personally (he is massive, check him out), and attacks on sharks by crocs and on crocs by sharks do happen as bull sharks swim up river and crocs out to sea regularly, made possible by the croc’s and shark’s inbuilt water desalination/re-salination systems.

Apart from being the country with globally the largest population of wild camels, Australia also hosts some pretty kick ass bird-life. Wild Emus (pictured, the fence is for ‘our protection’, apparently) can claw through metal wire fences, small rodents and human rib cages (if you really piss one off), and mummy emu will chase you away at 30mph with her spiked wings whilst daddy looks after their precious jade-green egg. And if you thought that was freaky, wait till you meet the tyrannosaurus ostrich cousin nightmare from Jurrasic Park hell: the cassowary. Dagger-like clawed feet, leg breaking kicks, strong nest-protective instincts and pretty insane courtship rituals involving swimming in lakes or the sea push this emu-cousin up the crazy scale. Oh, and you should google what this dude looks like. (although, they are actually pretty shy and endangered).

Our second national killer animal is the world famous kangaroo, loved everywhere but Australia. Counter to the belief of EVERYONE ELSE on the PLANET apart from Australians, roos do NOT keep handy things, snacks and toys for you in their pouches, they are not in the slightest interested in humans beyond their capacity to bring you food and they certainly don’t allow you to commute on their backs. Furthermore, roos are the most deadly animal in Australia bar mosquitoes. Their complete and utter lack of understanding for what roads and cars and headlights are, make them a royal pain in the butt and splatter on the front grill for motorists nationwide. Thanks, though, to their crazy ass reproductive system (with three vaginas, mummy roo can have several pregnancies going on at the same time and even freeze embryos in time in case there’s a drought), there are plenty of them around, which caters, amongst other things, for shops selling their paws and ball sacks as souvenirs. Nice.

Koalas are next on the international cute list, and you can even cuddle one in a park in Townsville if you promise to pretend you’re a tree. Koalas sleep 20 hours a day and for the rest of the time are pretty grumpy, as they munch through their nutrient poor food of choice, the Eucalyptus tree. In order to hang onto branches for this long, their hands have developed a little bit like a messed up human’s: three digits on the finger side and 2 on the thumb side. Take a close look at this dude, it’s pretty weird! Koalas do have a bit of a ‘teenager with a constant hangover’ reputation, but their lifestyle could hold the key as to why Australia has such unique wildlife. But more on that later.

Bandikoot. Now that’s an awesome name. This little rat-like marsupial even inspired a series of videogames in which the protagonist, Crash, fights his nemesis (and creator) Dr Neo Cortex, who in turn looks like Rimmer’s Hologram from Red Dwarf. All a bit confusing? You’re not alone. Together with the more-than-cute possum, these two marsupials live in Oz-New Guinea. Whereas bandicoots stay to themselves and are carriers of Q Fever, don’t be surprised if a possum climbs up into the back of your campervan, sits in your pizza box and looks at you expectantly in the middle of the night. Their little, almost-human hands and strong-gripping tail make them excellent climbers and their enormous numbers due to lack of predators have, in New Zealand, led to culling programs which result in heaps of cute Barbie doll-sized fur coats which are commercially used.

Sitting in your campervan at night you will also have the pleasure to enjoy the eerie cries of a bird that is spread across the globe, but who’s Australian counterpart is so whacko, it deserves a worthy mention. The bush thick-knee curlew is the raver of the animal world, competing nightly for the ‘most spooky sounding animal’ prize. Mostly nocturnal, plenty stagger around with slightly paranoid big eyes they expertly narrow using their lower eyelid when looking at you to resemble crazy cartoon villains. When you get too close, they freeze in cryptic, odd-looking postures to confuse predators before growling and then taking off with heads held low and feet scurrying fast.

And the Aussie bird life in general is spectacular. Like someone’s gone to carnival re-inventing all the birds you usually know, city pigeons have unicorn horns, the lorikeets look like they were dropped in a 5-year-old’s paint pot, cockatoos screech from power lines, scrub turkeys check out your grocery shopping, kookaburras laugh at the pigeon’s ridiculous unicorn horns and Australia’s cities are blessed with a real-life Egyptian deity trying to steal your chips. London has pigeons – Sydney has ibis.

And if that’s not enough, a dog-sized flying mammal will flap its leathery wings into your TV aerial twice a week, just after pooping digested fruit juice all over your car and throwing the loudest up-side-down tree parties in the neighbourhood.

You may almost say it’s a good thing giant coconut crabs no longer ransack your leftovers as they’ve disappeared from mainland Oz. Seriously, google the things. They are that BIG.

As you will already know from countless shock-horror-photo-lists, it’s not only the blue ringed octopus, box jellyfish, beer-guzzling wild pigs, sharks, spiders, snakes  and stone fish that will most definitely kill you if you get to close to them. Bear in mind, though, that millions of Australians successfully live here and don’t die every week, unless there is some government cover-up conspiracy theory about hiding all the daily resurrections.

What is rather interesting besides the OMG-I-can’t-believe-it factor is how this place specifically brought on so many weird and wonderful animals found nowhere else on earth. Yeah, some of it has to do with evolution in isolation. But why a swing towards marsupials in the first place?

Cue cuddly Koala. Our grumpy little friend is uniquely adapted to living in harsh, dry environments, which meant that the original mix of all sorts of species from when Australia was still connected to South America, Africa, Antarctica and India was skewed towards marsupials as Australia got drier and sparser floating away further from Bali. You can see a clear divide from a lush, humid rain forested Bali to drier, more desert and steppe-like Sumbawa and Timor. Cue 34 million years ago when earth seems to have been pelted by quite a few huge meteors, the effects of which the marsupial seemed to be better able to deal with than placental mammals and boom – wimpy placentals died off.

But what about Dingos? Aaah, you got us. No, just kidding. Dingo DNA has been shown to be very close to domestic dogs, which means they probably came over with early settlers from India and South East Asia. When they arrived in Oz, one of the more reckless cried ‘paaarteeey’ and ran off into the outback, where they’ve been going ever since. As to the other mystery of why there are so many highly venomous animals in Oz, well, on that count, nobody’s quite sure. Not even the Platypus.

(*Bonus fun fact: Aussies are one of the very few nations that controversially don’t see a problem in eating their national animal. Everything in harmony down under, throw another roo steak on the barbie.)