A re-assessment of interconnectedness 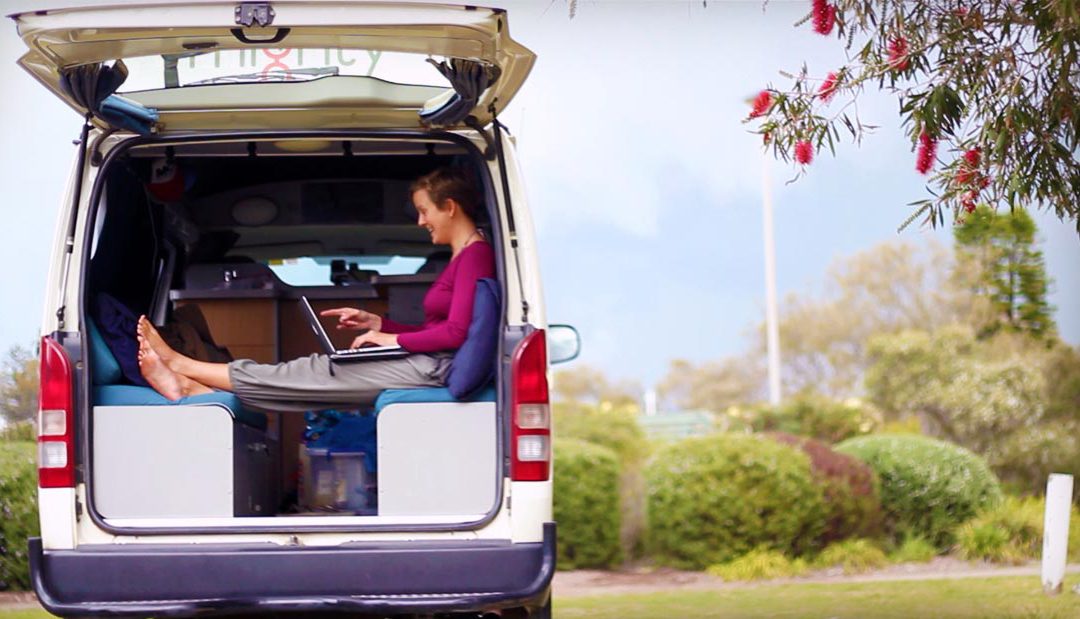 There are certain image collections that keep on popping up on facebook. “20 scary pictures from the past”, “OMG I can’t believe she wore THAT to the Oscars”, “10 things you should never eat” and “these paintings sum up modern life completely.” Especially the last one. Cue a selection of kitsch digital paintings showing suit-clad zombies with faces stuck to their phones, a lone woman trapped in a facebook cage right next to a slightly ajar door, and how your kid’s childhood is being eaten by a soul-eating iPad.

Hang on a second. It’s true that we’re spending more time than ever before in front of screens and feel a little weird leaving the house without our phone, but that is because the digital revolution has opened up a whole new world of possibilities in which technology is simply too useful to ignore. Anyone who read Douglas Adams predicting the invention of the internet-enabled smartphone in 1978 would have dismissed this mythical device along with the other futuristic gadgets introduced in Hitchhiker’s Guide to the Galaxy (drink inventor, anyone?). But ladies and gentlemen, just like we found out the earth is actually no longer flat, we have made the future’s wildest dreams reality. That little affordable device that fits in your pocket, works for 12 hours without being plugged in and can connect you to anyone around the world instantaneously also happens to give you access to the entirety of human knowledge, from everywhere and of all time. THAT, dear friends, is a miracle.

Louis CK did a fantastic commentary on Late Night in which he describes how instead of seeing the incredible things we’ve created, we take things for granted filling us with an instantaneous feeling of entitlement. Everything is amazing, and nobody’s happy – is this just the human condition? We like to think that humans are empathetic beings, and respond to what is around them. And as founders of a company that uses the internet every day, we see what an incredibly powerful and positive tool it is. Put aside high computing power, stock markets and commerce, for one thing that technology has totally revolutionized, it’s how we connect to other people.

You may argue that we spend less time with real humans and more in cyberspace. However, if you weigh up the incredible benefits of global interconnectedness with you making the decision to stay on your sofa with YouTube instead of inviting friends over for dinner, we’re afraid to tell you that blaming the biggest social communication network in the world for you choosing the easy option is plain lazy. Meeting up with people takes a little bit of effort. It always has and it always will. You need to create your own entertainment, you need to navigate through awkward pauses, you need to *shock horror* share your personal space with other people. As messaging and facebook made interactions less awkward (you can, after all, wear whatever you want and walk away from a conversation at any point by claiming your phone died), we tend to choose staying in over going out of our way to connect with others in real life. That’s hardly technology’s fault, so stop faffing on Buzzfeed and go organize that movie night with mates right now.

Once we’ve got over the scapegoating, let’s sit back and contemplate who we’d not be in touch with if it wasn’t for the internet. Our team have travelled and lived in many different countries over the years, and facebook has provided an invaluable platform to keep in casual contact with our friends. No need for long, personalized “my life this year” newsletters. No need to cut off from people you weren’t good enough friends with to be pen pals, but had a great time with and care about enough to be interested in how they’re getting on. And how about the people you would never have seen again because, even if you wanted to, there’s no way to be in touch? Take for example one of the nurses that treated Saxon when he got Typhoid in Timor, in hindsight a pretty funny story that involved a ping-pong match, skimping on travel jabs and carrying blood back and forth up and down 3 flights of stairs. That nurse is on a once-in-a-lifetime trip to Melbourne next week (what are the odds?), and we only know because of this wonderful global interconnectedness. Beer time.

Our producer’s recent California mission was powered completely by facebook – connecting with old contacts at Cinequest Film Festival, networking in LA and bringing together good friends that hadn’t seen each other in years due to pursuing careers around the world, everything was possible at the touch of a button. And the best thing was – despite being on opposite sides of the planet, we had been part of our lives all along. Chatting online, posting articles and film trailers we loved, showing what we were up to for fun, things that happened that made us sad… we were all there in it together. Isn’t that incredible?

No matter if it’s connecting likeminded people unrepresented by government and media to gain strength and stage a revolution for democracy, doctors sharing knowledge to fight disease on a global scale, or YouTube, the global stage for absolutely everyone to show off what they are passionate about and by doing so open people’s minds to strangers from different countries… the best of humanity is out there, ready for you to take part. Because the secret is, no matter where we’re from, what we do, what our cultural background is – we all care about the same things. Where we sleep, what we eat, what we do for work and fun, and how much we care about those we love. Technology hasn’t changed this, it’s added a whole new universe to our lives as social beings. Thank you, digital revolution.